Photo Flashback: Beatles Ordered Off Stage in Cleveland in 1964 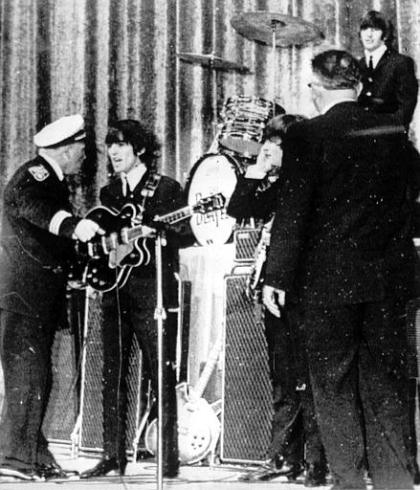 The Cleveland Public Hall just couldn’t stand the heat of Beatlemania. Above is a photo of Carl Bear (great name by the way) of the Cleveland police ordering the Beatles to leave the stage.

The thousands of screaming fans were being unruly and needed time to calm down before they could resume wailing at the top of their lungs once the Fab Four returned. Fans reportedly jumped over police barricades, stormed the stage, and generally acted unruly as they basically lost their minds during the show. It is a microcosm of just how deeply the Beatles affected young fans’ minds when they invaded America that year.