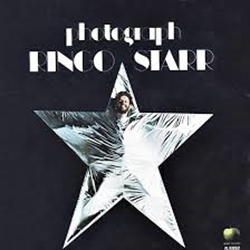 Early in his solo career, Ringo Starr told us that “it don’t come easy,’ but in 1973 and early 1974, he made a nonsense of that title with two American No. 1 singles in precisely nine weeks. Both featured contributions by former Beatles colleagues, and the first, the thoroughly genial ‘Photograph’ — co-written by Ringo with George Harrison — entered the Hot 100 on 6 October 1973.

The two friends had been enjoying a close working relationship in their own names; closer, perhaps, than had even been possible in the final chapters of The Beatles’ time together. Starr had played on Harrison’s 1970 epic All Things Must Pass and 1973’s Living In The Material World, and George more than returned the favour by producing Ringo’s first two big solo hits, ‘It Don’t Come Easy’ and ‘Back Off Boogaloo.’