Poll: Who's your favourite member of the Beatles? 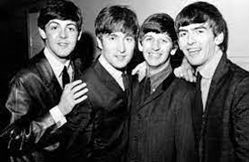 Lennon formed part of the ‘Fab Four’, arguably the most influential band of all time. All four members contributed to the band in their own way.

Lennon’s songwriting collaboration with Paul McCartney is widely regarded as the most successful partnership music has seen.

Lennon was killed in 1980 with his bandmate George Harrison passing away in 2001 leaving only McCartney and Starr the surviving members of the group.