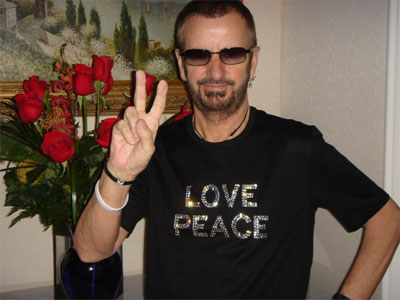 If your vibe is 1960s Fab icons and cool animation, tune in to Cartoon Network on January 20th for a special Powerpuff Girls event featuring Ringo Starr! The Beatles drummer will appear as a "flamboyant mathematician" named Fibonacci Sequins. The original series aired from 1998-2005 and featured an irresistible cocktail of retro-style animation and fast-paced heroics and hilarity inspired by Japanese Anime.

The new episode, Dance Pantsed, will reunite all of the voice actors under the directorial helm of original series storyboard artist and writer, Dave Smith (Craig McCracken is currently working on Wonder Over Yonder). Spy Vibers will be especially pleased to learn that local-hero Kevin Dart (Yuki 7) came aboard the Powerpuff Girls reunion as art director and character designer. Kevin's love for retro-spy illustrations and movie posters always brings an exciting flair to his projects. He sat down with me today for a brief interview. Does the new CGI format of the Powerpuff Girls special retain the basic retro look of the original series?