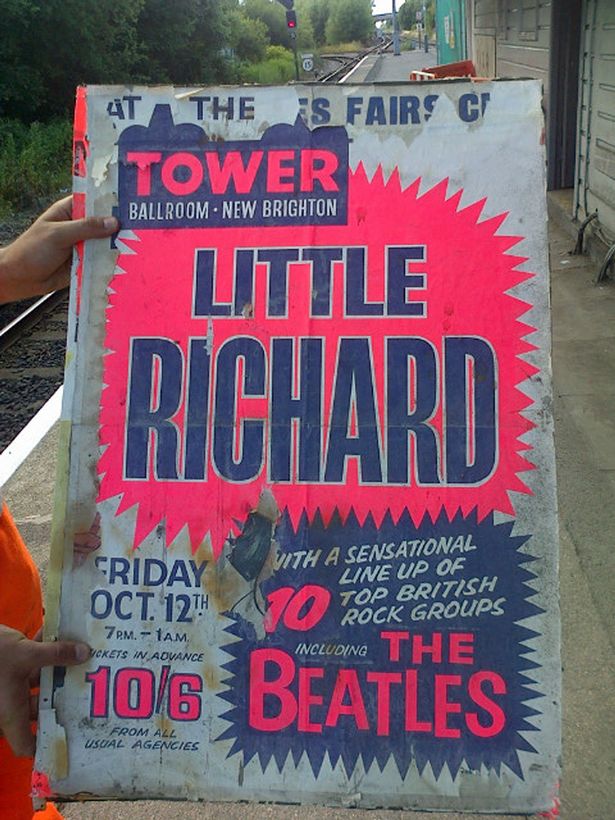 A rare poster promoting a performance by the Beatles before they became global superstars has been found by railway staff. The billboard picture dates back to 1962 and advertises the band as a support act to rock legend Little Richard.

Yesterday the find was hailed as a piece of “pure musical history” by experts who have valued it at £5,000. At the time, Beatlemania had yet to sweep the country and group’s first single, Love Me Do, had been released only seven days earlier. The poster, promoting a gig at New Brighton Tower Ballroom, near Liverpool, was discovered under wooden cladding on a platform wall by workmen refurbishing Bidston station on the Wirral.