Remembering how an act of defiance by The Beatles helped fight racism, 1964 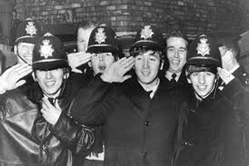 In 1964, The Beatles made a huge step towards fighting racial segregation by refusing to play a show that had split the audience without their consent.

Showing their support for the US civil rights movement, the iconic Liverpool four-piece refused to perform to a segregated concert at the Gator Bowl in Jacksonville, Florida. As the pressure of The Beatles’ act of defiance threatened to boil over, officials at the concert eventually allowed the segregated audience to merge together. Upon entering the stage, John Lennon said: “We never play to segregated audiences and we aren’t going to start now.”