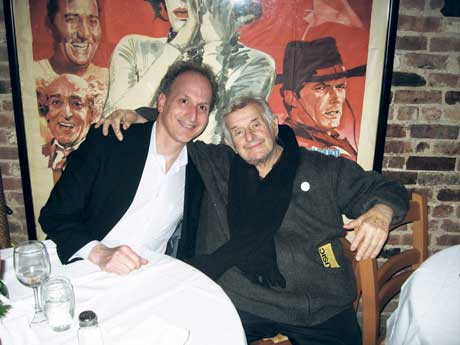 You meet a Sid Bernstein once in a lifetime, if you are lucky. Toward the end of his funeral last Friday, a service that included much laughter, music, and a standing ovation mixed in with the tears, the rabbi said, “This has not been your typical funeral.” And how could it be?

Sid, who died at 95, the man who brought the Beatles and so much more British music to America, had touched the souls and hearts of so many. Stars and music industry moguls were at the funeral, but so was the pizza guy, the doorman, and so many regular people, who saw Sid as so more than just a part of music history. He related to everyone — and I mean everyone. Sid was happy to lend an ear to anyone who had a story, and if you brought Danish, he liked you even more.