Remembering the John Lennon who showed up for a fight 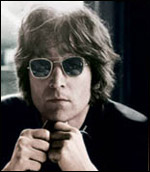 Having changed the world once with The Beatles, at the beginning of the 1970s John Lennon wanted to do it all over again. But, this time, in line with his personal vision of global concord.

Desperate to consign the Moptops to history, he escaped to America with the love of his life, Yoko Ono, and plunged into his new world of activism and giving peace a chance. But if New York welcomed him with bright eyes and open arms, Washington didn't want him around.Richard Nixon was seeking re-election and had a long list of enemies drawn up; Lennon rose rapidly up that list. The Yippie leaders Abbie Hoffman and Jerry Rubin hoped Lennon would lead a movement that would gather momentum around the country. But the partnership never really went beyond planning. The couple did, however, throw themselves into a variety of local causes and Lennon's songs developed a new political directness. This meant that the authorities remained on their case and, while Lennon enjoyed the relative anonymity that New York afforded him (the natives were too busy, or too cool, to bother him), he did so in the teeth of constant official surveillance and intimidation.