Ringo Starr Accidentally Infuriated His Hometown of Liverpool With 1 Word 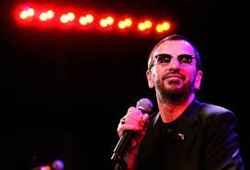 Like the rest of The Beatles, Ringo Starr grew up in Liverpool, but left the city behind when his music career took off. Starr looks back on his hometown fondly, though he would not move back there. During an interview in 2008, Starr said there wasn’t much he missed about living in Liverpool. The offhand remark angered many of the city’s residents.

Starr was born in Liverpool, England, in 1940. According to his Beatles bandmate, Paul McCartney, all of the Beatles faced hardship in Liverpool, but Starr had it the worst.

“I don’t want to bring in the violins, but we all came from hardship,” McCartney told Rolling Stone in 2015. “All of us except for George [Harrison] lost someone. I lost my mum when I was 14. John [Lennon] lost his mum. But Ringo had it worst. His father was gone; he was so sick they told his mum he wasn’t going to live. Imagine making up your life from that, in that environment. No family, no school. He had to invent himself. We all had to come up with a shield, but Ringo came up with the strongest shield.”