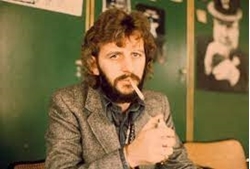 In The Beatles: The Authorised Biography, Ringo Starr discussed his popularity relative to the other members of the Fab Four. In addition, he said The Beatles “had more to go on” than Elvis Presley. Listeners in the United Kingdom had a different reaction to the Fab Four and the King of Rock ‘n’ Roll.

According to The Beatles: The Authorised Biography, Ringo discussed his place in the Fab Four. “There was never any competition between us, either privately or publicly, though we all have our special fans,” Ringo revealed. “If all four of us had to stand up there in front of a million fans and they had to line up behind the one they liked best, I think Paul [McCartney] would get most.