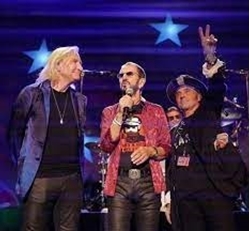 Ringo Starr’s first tour as a solo artist was a big deal. Aside from a few one-off performances, he hadn’t played live since his time in The Beatles. Meaning that when the All-Starr Band debuted in 1989, it had been more than 20 years since the drummer toured. Ringo faced his fears on that tour as it was the first test of his newfound sobriety, but he inspired a fellow Rock & Roll Hall of Famer to embrace sobriety, too.The Beatles’ breakup wasn’t easy for Ringo. He lost the three people he routinely called his brothers as the Fab Four fractured in a storm of ego clashes and in-fighting. The drummer reached unprecedented heights with the band, and it was all gone by 1970.