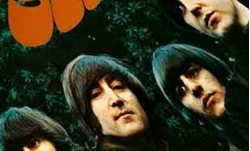 The Beatles are considered by many to be the greatest band of all time. Even if someone doesn’t agree with that statement, it is hard to deny the massive influence the Beatles have had on the last five decades of popular music.

During their time together, they released 13 albums, which is even more impressive when you take into account the fact that they were only releasing music for seven years. That isn’t a very long time, considering the duration of other bands. For example, the Rolling Stones have been going strong for nearly 60 years, Elton John for 50 years and the Red Hot Chili Peppers for over 35 years.