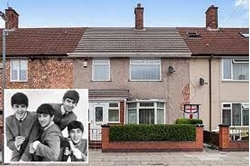 The Beatles were a British rock band active during the 1960s, and recognized as the most commercially successful and critically acclaimed in the history of popular and rock music. Formed in Liverpool, it was constituted from 1962 by John Lennon, Paul McCartney, George Harrison and Ringo Starr. Rooted in skiffle, beat music, and 1950s rock and roll, their sound would often incorporate elements of classical and traditional pop music, among others, in innovative ways in their songs; the band would later go on to work with a wide range of musical styles, ranging from ballads and Indian music, to psychedelia and even hard rock.