Sir Paul McCartney wrote protest song Give Ireland Back To The Irish after watching events ... 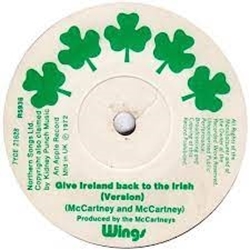 SIR PAUL McCartney wrote his famous 1970s protest song Give Ireland Back To The Irish after seeing footage of Bloody Sunday.

The former Beatle was in the US at the time when on January 30, 1972, British Paratroopers opened fire at a civil rights march in Derry killing 14 people dead.

The 79-year-old musician said it was "deeply troubling" to see footage of a perfectly peaceful demonstration go wrong.

The song, which was banned by the BBC, went on to be a number one in the Republic.