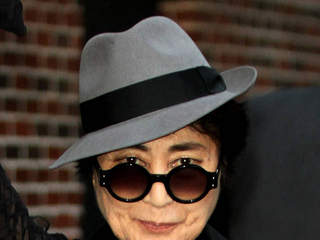 Most famous for her relationship with John Lennon, Yoko Ono has a considerable—if unusual—oeuvre of her own. In 1964, she performed Cut Piece, in which she appeared on stage draped with fabric that she invited audiences to snip away, leaving her nude.

Later, she made experimental films centered on human buttocks, and installed Wish Tree in the sculpture garden at the Museum of Modern Art. Maintaining an empty multimillion-dollar apartment in a Manhattan co-op building would seem a not-unlikely avant garde maneuver for Ms. Ono, and for years she did just that. Ms. Ono’s son Sean occupied the penthouse at 49 Downing Street, which Ms. Ono purchased in 1995, only briefly, but an October lawsuit against the co-op boardsuggested that the unit’s vacancy was not a performance art piece. (Ms. Ono claimed that the board arbitrarily blocked potential buyers because they preferred the penthouse empty, rather than occupied by a family with children.) That brouhaha, however, seems to have settled.