The Beatles' 'Back in the U.S.S.R.' Only Became a Hit Years After the Band Broke Up 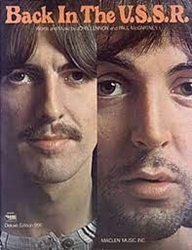 Paul McCartney wrote The Beatles’ “Back in the U.S.S.R.” but John Lennon played on the track. The tune was partly a parody of a Chuck Berry song. The song became a hit single six years after The Beatles’ breakup.

The Beatles‘ “Back in the U.S.S.R.” was mostly Paul McCartney’s song. He said the song was inspired by American attitudes. Despite this, the track was a single in the United Kingdom but not in the United States.The book All We Are Saying: The Last Major Interview with John Lennon and Yoko Ono features an interview from 1980. In it, John discussed his feelings about albums. “I’m not satisfied with any individual or Beatles album,” he said. “There’s too many fill-ins and padding. I like the inspired stuff, not the created, clever stuff.

“But I do like Pepper for what it is. I like The White Album for what that is, and I like Revolver and I like Rubber Soul,” he added. “So there aren’t many others, are there? I also like our first album because we made it in twelve hours.”

John discussed the first song from The White Album: “Back in the U.S.S.R.” “Paul completely,” he said. “I play the six-string bass on that. ‘Da da da da da.’ Try writing that on your typewriter.”