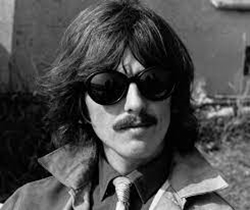 George Harrison and Michael Jackson discussed one of Van Morrison’s songs during a radio interview. George and Jackson had different opinions of the track. Listeners in the United States and the United Kingdom had essentially the same reaction to the song.

According to the book George Harrison on George Harrison: Interviews and Encounters, the quiet Beatle appeared on a radio show called Roundtable alongside Jackson in 1979. Guests on the show discussed their opinions of new songs. One of the songs George and Michael discussed was Morrison’s then-new single “Natalia.”