The Beatles in Jacksonville, 1964: Inside the Fab Four's historic stand against segregation 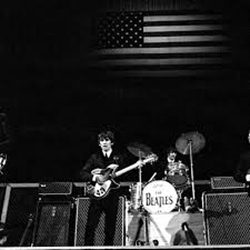 The Beatles' September 1964 appearance at Jacksonville, Florida's Gator Bowl was historic in more ways than one. As Beatlemania rolled across the United States during the band's first American tour, Florida had been ravaged by Hurricane Dora, leaving many residents without electricity in the storm's wake. But the lasting story that month involved the Beatles' steadfast dismissal of the practices of systemic segregation that typified that era, particularly in the American South.

By that juncture, key forces were in play that would begin turning the tide on institutional racism. Only a few months earlier, as the landmark Civil Rights Act made its way through Congress, Martin Luther King, Jr., led nightly marches across St. Augustine, Florida, in protest against ongoing segregation in area schools. At the same time, there were hopeful signs of change in the offing. Later that year, King would earn a much-deserved Nobel Peace Prize for his nonviolent resistance to racism. A potent example of the era's sociopolitical shifts occurred in April 1965, when Houston's massive Astrodome opened as the first fully integrated facility of its kind in the southwest.