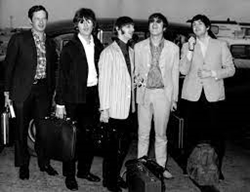 When The Beatles hired Ringo Starr, original drummer Pete Best’s fans revolted, and manager Brian Epstein wondered if they were right to. Best’s looks and attitude onstage won him many fans. Though John Lennon, Paul McCartney, and George Harrison didn’t feel that Best fit in with them, Epstein wondered if Starr would be any better. According to Starr himself, Epstein didn’t believe he had the personality for the job.Best joined The Beatles in 1960 and played with the group in Hamburg and Liverpool. In 1962, however, the band decided they wanted to move in a different direction.