The Beatles: Paul McCartney's Dad Wanted Him to Change the Lyrics to 'She Loves You' 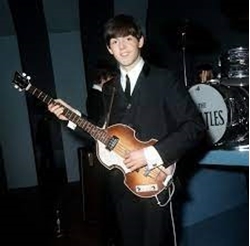 The lyrics to The Beatles’ “She Loves You” seem pretty unobjectionable. Despite this, Paul McCartney’s father wanted him to change the lyrics. Paul revealed how he and John Lennon responded to this request.During an interview with NPR, Paul said his father, James McCartney, was a musician. Paul’s grandfather disapproved of James’ style of music, calling it “tin can music.” Paul said he “couldn’t fathom” his grandfather’s reaction to his father’s music.Paul blamed his grandfather’s taste on his generation. “But I think what it was was that in his father’s era, the singers were more operatic,” Paul said. “My dad was born in 1902. Consequently, my dad was more tolerant. He’d gone through playing his tin can music. So when we brought our tin can music, he quite liked it. He realized that it was quite musical.”