The Genius Of… All Things Must Pass by George Harrison 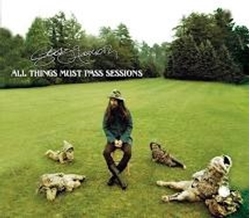 It’s always the quiet ones…

Even in the anarchic annals of rock music, The Beatles’ split in 1970 was a messy affair. Paul McCartney was the first to issue a proper press release that he was “no longer working with the band” yet the four would still record under The Beatles brand to complete the Let It Be sessions. All four were working on solo records: John, Ringo and George Harrison would all contribute to each others’, while McCartney cut his self-titled solo album on home recording equipment at his St John’s Wood home after writing much on retreat in Scotland.