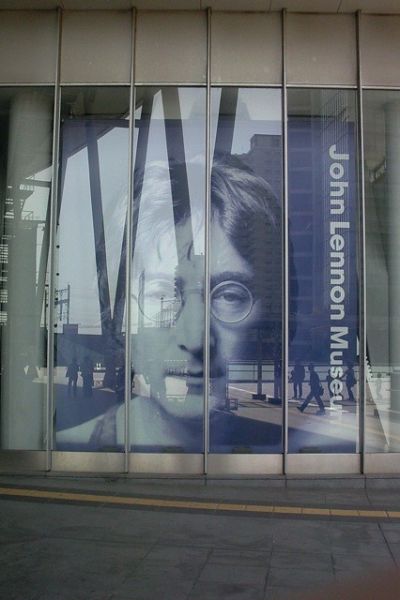 Living in Japan is often a magical mystery tour. Many things are counter-intuitive: the most popular attraction in a nation with 17 World Heritage Sites is Tokyo Disney Land; and theHakone Open-Air Museum has more than 300 items by Picasso. So, in this vein, it was perfectly reasonable that the only (official) John Lennon museum in the world was located in Omiya, about 40 minutes from either Shinjuku or Tokyo stations.

John never set foot in Omiya, so let’s deal with the 900-pound walrus in the room: General Manager Junichi Mizusawa told me that he was always asked why the museum wasn't located in Liverpool, London, New York or even Hamburg – cities which have varying degrees of legitimate connections. According to Mr. Mizusawa, in the late 1990s, the Saitama Prefectural government was developing a large area of land near Omiya Station. The centerpiece of this project was Saitama Shintoshin(Stadium). It was thought that the stadium would bring in weekend crowds for concerts, sports events and business exhibitions, but that something special was needed as a daily attraction. Mizusawa-san said that about a hundred suggestions were generated and that they were gradually narrowed down to just two: an aquarium or a John Lennon museum. (One hesitates to ponder the rejected suggestions.) Yoko Ono, John's widow, was contacted and, to the great surprise of all concerned, she agreed.