This Is The Song Ringo Starr Wants Played At His Funeral - DoYouRemember? 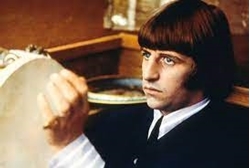 Most people probably don’t have a certain song or playlist planned for their funeral, but Ringo Starr sure does. The topic came up when he ended up being one of the many famous faces interviewed by NME and they had asked that question.

In response to the interesting question, he gave an even more intriguing answer, saying, “I don’t know what we’d have playing, so I’ll say this one because it’d be nice to have everyone singing along” in regards to the song “Octopus’s Garden.” Yes, one of his own band’s songs, which is actually pretty fitting.