Tomorrow Never Knows: The Uneasy Truce Between The Beatles & Hip-Hop 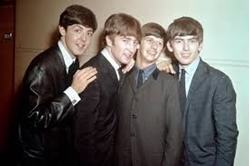 Within music, few artists are universally sacred. To some, Bob Dylan’s voice is intolerable, Pink Floyd’s Dark Side of the Moon is overwrought and Patti Smith’s Horses is pretentious caterwauling. But for every venerated act that’s enriched popular culture, no one has remained as monolithic as The Beatles. Ever since Decca infamously passed on them in 1962, The Fab Four experienced a well-documented rise to international superstardom that has never really ceased.

A harmonious marriage between songwriting acumen and marketability, we may have escaped the mass hysteria that propagated ’60s Beatlemania, but their legacy is viewed as largely beyond reproach. Cited as the year-zero for countless genres, this widespread canonization means that some new body-art has caused an uproar in recent weeks.