What Are Paul McCartney's Views on Religion & Mysticism? 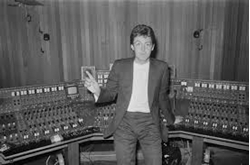 Through song, John Lennon attacked Christianity, Buddhism, Hinduism, and Taoism. George Harrison’s music made it clear he was a devout Hindu. Paul McCartney, on the other hand, did not make his religious beliefs (or lack thereof) a major part of his art. This raises the question: What are the former Beatles’ religious views?

If you listen to one of the Beatles’ most famous compositions, “Eleanor Rigby,” you’ll notice there’s some passing references to Christianity. One of the verses mentions a priest named Father McKenzie who delivers a sermon no one hears. In the song, Paul sings “No one was saved.”

The song could be interpreted as a lament over the lack of religiosity in contemporary Britain. At the very least, the song’s melancholy music makes Father McKenzie, the ineffectual priest, seem like a tragic and sympathetic character. However, Paul doesn’t have many nice things to say about religion.