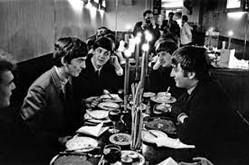 John Lennon often heard The Beatles’ “Yesterday” in a specific setting. John and Yoko Ono did the same thing when someone played “Yesterday” for them on the violin. “Yesterday” appeared on the soundtrack of one of The Beatles’ classic movies.

John Lennon revealed he kept hearing The Beatles’ “Yesterday” in a specific setting. In addition, he revealed what he did when someone played “Yesterday” on the violin in front of him. Notably, audiences in different countries had significantly different reactions to the song.Subsequently, John discussed his influences. “It happened to me when I heard rock ‘n’ roll in the ’50s,” he added. “I had no idea about doing music as a way of life until rock ‘n’ roll hit me.”