What the Beatles Said About George Harrison Quitting 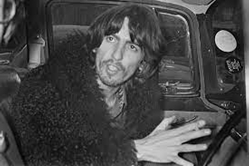 John Harris was given access to the hundreds of hours of recordings made as the group began to disintegrate. His book, Get Back, arrives on Oct. 12 and ties in with Peter Jackson’s six-hour movie series of the same name, to be released in November.

In a lunchtime chat taped on Jan. 11, the day after Harrison walked out of rehearsals, Harris said that “Lennon, Ono and McCartney had lunch, and recorded a remarkable conversation,” He wrote in the Guardian: “On the audio I was given, it began suddenly and unexpectedly: Lennon: ‘I mean, I’m not going to lie, you know. I would sacrifice you all for her [Ono]… She comes everywhere, you know.’ McCartney: ‘So where’s George?’ Lennon: ‘Fuck knows where George is.’ Ono: ‘Oh, you can get back George so easily, you know that.’