When the Beatles Overcame Doubts to Release 'Yesterday' 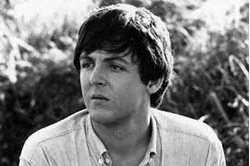 When Paul McCartney came up with the Beatles classic “Yesterday,” he played it for as many people as he could.

It wasn't because he was looking for criticism, but because he wanted to know if people recognized it. He was concerned that, instead of having written it himself, he’d accidentally stolen it from someone else.

Famously, McCartney dreamed the melody, then woke up and rushed to his bedroom piano to figure it out. “For about a month I went round to people in the music business and asked them whether they had ever heard it before,” he said later. “Eventually it became like handing something in to the police. I thought if no one claimed it after a few weeks then I could have it.”