Why George Harrison Didn't Feel He Needed to Give up His Material Items Despite His ... 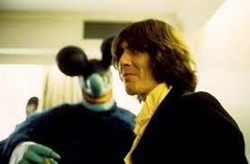 In 1967, George Harrison was deep into his spiritual journey. He spent many of his days dutifully practicing meditation and Yoga. But despite where he was at spiritually, the Beatle continued to be one of the wealthiest musicians of his time. Had he ever considered giving up all his earthly belongings to focus on what’s important? Yes. Here’s why he didn’t.

When Harrison was interviewed by Melody Maker in 1967, he was asked if he’d ever considered getting rid of his material wealth. The Beatle said he had but, ultimately, decided against it.