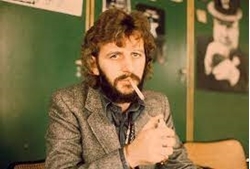 The Beatles were a major force in popular culture, however, Ringo Starr still felt “weighed down” by the Fab Four many years after their breakup. He revealed why the experience of being a former Beatle could be “heavy.” Here’s a look at what he had to say — and whether being a Beatles weighed him down commercially.

In 1992, Ringo gave an interview to Rolling Stone’s David Wild. During the interview, Wild mentioned a song John Lennon wrote for Ringo called “I’m the Greatest.” He cited the song’s line “I was in the greatest show on earth” as an example of Ringo’s “ambivalence” about his time in The Beatles.

“Of course that was John Lennon’s line,” Ringo said. “But sure, there have been times when I felt weighed down by it I’m still weighed down by it I mean, I’m sitting here, and I’m all excited about the new product, and you’re still going to be asking me about those days. Everybody wants to talk about those days, and sometimes it gets heavy for me. Right now that waitress is not looking at me as Richard Starkey. It’s Mr. Starr to her. It’s the Beatle, not even the former Beatle. When I am the oldest man on the planet, and I’m wheeled onto This Is Your Life, it will be as Beatle Ringo Starr. This will never end. But that’s cool, I suppose.”