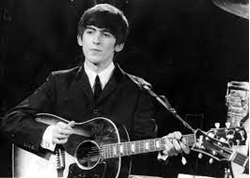 The Beatles’ George Harrison made some of his most famous music during the 1970s, however, he wasn’t a fan of one of the 1970s defining trends: punk rock. He openly criticized both punk rock as a whole and the Sex Pistols in particular. Here’s a look at how whether the Sex Pistols were more successful than George as a solo artist.During a 1979 interview with Rolling Stone’s Mick Brown, George discussed his feeling on some current artists. When asked about the artists he listened to at the time, he cited Bob Dylan, Elton John, and Eric Clapton. He also commented on the then-new genre of punk rock, saying he disliked it because he preferred songs with melodies. In addition, he felt punk rock drummers lacked talent, unlike the drummers of early rock ‘n’ roll bands.Subsequently, he derided the Sex Pistols. “I felt very sorry when the Sex Pistols were on television and one of them was saying, ‘We’re educated to go into the factories and work on assembly lines…’ and that’s their future. It is awful, and it’s especially awful that it should come out of England, because England is continually going through depression; it’s a very negative country.”