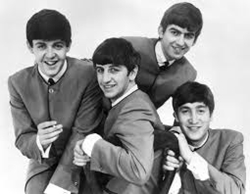 The Beatles are some of the most widely discussed people of all time. It feels like every time John Lennon, Paul McCartney, George Harrison, and Ringo Starr tied their shoes has been thoroughly documented. However, one Beatles song has remained hidden from the public for decades. Here’s what we know about the lost Beatles track “Carnival of Light.”

Of the Beatles, John is often regarded as the avant-gardist. Paul, meanwhile, is known for making more conventional music. However, The Guardian reports Paul tried his hand at experimental music with a song called “Carnival of Light.”

Barry Miles asked his friend Paul to compose music for an electronic music festival called the Million Volt Light and Sound Rave. The festival was held in 1967 at the Roundhouse Theatre in London. Little did Miles know Paul would produce one of the great pieces of rock esoterica.