Vocal overdubbing onto "Eleanor Rigby" was the main task today in this 5:00pm to 1:00am session, after which the recording was considered complete and mixed into mono. (A further overdub on June 6th rendered this mix redundant, though, and a new one was made on June 22nd for inclusion on the LP)

Following this work, John added his lead vocal onto the previously recorded "I'm Only Sleeping", the first of three overdub sessions for the song.

The first session for Paul McCartney's most famous and best-loved songs, Elanor Rigby, took place on this day, with the recording of the string octet backing.

The session was a short one, beginning at 5pm and finishing at 7.50pm. A string octet had been booked, featuring four violins (played by Tony Gilbert, Sidney Sax, John Sharpe and Jurgen Hess), two violas (Stephen Shingles and John Underwood), and two cellos (Derek Simpson and Norman Jones).

The performers were each given a standard Musicians' Union fee of £9 for their work, and performed a score written by George Martin. Two brief rehearsals took place, with and without vibrato, and the musicians opted to play without.

Both John Lennon and Paul McCartney were present at the studio, but remained in the control room of Studio Two. George Martin was on the studio floor conducting the musicians.

The strings were recorded with a close microphone technique, giving them a timbre different from anything that had previously been heard.

Fourteen takes of the strings backing were recorded, the last of which was the best. The instruments were recorded two per track, and a reduction mix - numbered take 15 - was made at the end of the session to free up three further tracks.

A new mix of the instrumental backing was made in 1995 for the Anthology 2 collection, presenting the strings in full stereo for the first time.

The picture below is from the graveyard next to the church where Paul and John met. However, Paul said in later interviews that the line in the song had nothing to do with the grave that he could remember, but maybe subconsciously he did. 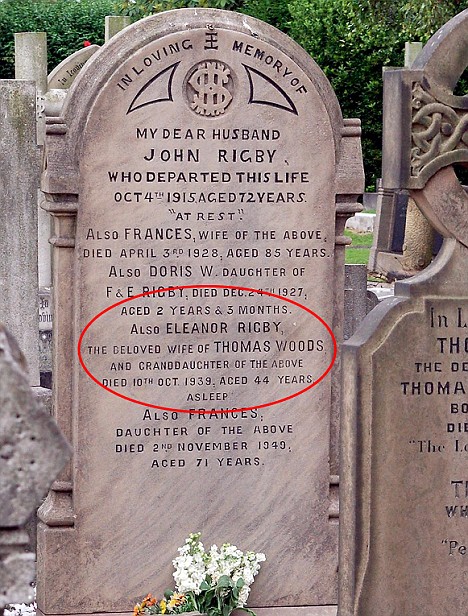 The Beatles were not only attending mix sessions, but also to make presence felt is clear from this day's studio documentation. One mix of "Taxman", one of "And Your Bird Can Sing" and nine of "Tomorrow Never Knows" was produced between 6:00 and 11:30 pm, yet none was used for the finished album.

Between 11:30 and 3:00 am, the Beatles started work on a new song, John's dreamy "I'm Only Sleeping", taping 11 takes of a mostly acoustic basic track. Overdubs were added on April 29th and May 5th and 6th.

Booked for 2:30-5:30 and 7:00-10:00 pm, the Beatles got thoroughly stuck into this day's re-make of John's "And Your Bird Can Sing", working uninterrupted from 2:30 pm until 2:45 the following morning. They recorded 11 more takes of the song's rhythm track and overdubbed onto what they considered to have been the "best" of these, take ten.

(An interesting blend of lead guitar vamping and Paul's bass guitar notes ended the song, and the best version of this section came in take six, so future mixes combined the two elements.)

Two rough mono mixes of "Got To Get You Into My Life", without echo or the Beatles' attendance, were made this day at EMI, 10:00-11:00 am, for the purpose of cutting acetates.

Another day off recording at the studio

The Beatles decided to take a break today. After all, it's the weekend.

A 2:30-11:30 pm session at Abbey Road which resulted in more overdubs onto "Taxman", a cowbell and the "Mister Wilson, Mister Heath" parts, and also a sitar and vocal over-dub onto "Tomorrow Never Knows", still titled "Mark I" at this time.

George's wonderfully sardonic "Taxman" was virtually completed during a 2:30 pm-12:50 am session, in which the Beatles recorded 11 takes of the rhythm track and then set about overdubbing onto the last of these.

By the end, the song lacked only the final session's spoken count-in, the "Mister Wilson, Mister Health" regrain which extended the fame of Britain's two most prominent politicians right around the world, a cowbell and the distinctive guitar solo outro. (This solo was in fact a copy of the middle-eight piece, edited onto the end of the the song during the final mono and stero mix on June, 21st). 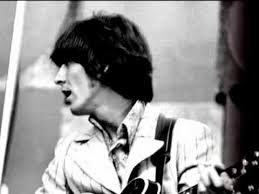